Can God talk to us in Dreams?

What is the Connection between Dreams and the Bible?

If we want to understand the connection between God and Dreams in the Bible, we need to go back to the formation of the nation of Israel.  The pharaoh of Egypt, as well as the kings of the nations, received dreams because their actions directly affected Israel. In the New Testament (as well as from prophecies in the Old Testament), God directed Yeshua’s birth, childhood, and death through dreams sent to significant people.

Yeshua’s life and death were pivotal events for Israel and for all mankind. God rarely communicates through dreams, but when He does, it is related to prophecy. For example, in Genesis 28:10-12, Jacob went out from Beersheba toward Haran, and he came to a certain place. He stayed there all night because the sun had set, and then took one of the stones he found and lay down.

He fell asleep and dreamed about a ladder set upon the earth which reached to the heavens. The angels of God were there, ascending and descending on the ladder. This is interesting, because in John’s Gospel (John 1:51) we are also told about a ladder. However, in this account, we see the Son of Man, Messiah, being referred to as the only way for man to access God.

How to tell when Dreams come from God?

A proper understanding of the Old and of the New Testament is really important in helping us to recognize which dreams come from God. There are plenty of false teachers today, and many of them disregard the Old Testament. However, nothing could be further from the truth. In fact, the Old Testament points to the New—especially concerning the life of Yeshua. It is impossible to really understand the revelation of God unless we have a strong grasp of the Old Testament.

In Genesis 40:8 we read that Joseph interpreted the dream because God revealed it to him. Joseph confirmed that all interpretations of dreams belong to God alone. Another example is what we read about in the Book of Job. This book speaks about the righteousness of God, and about how we need to pursue righteousness. God communicates with people for a larger purpose or a major message. In this case, God reveals His authority over all things.

Bible Passages about Dreams and God

There is a Biblical passage which helps us to figure out which dreams come from God. In Numbers 12:6 God said: “If there is a prophet among you, I, the Lord, make Myself known to him in a vision, and I speak to him in a dream”. Bible prophets such as Isaiah, Ezekiel, and Jeremiah were individuals who were given the gift of prophecy.

Daniel 1:17 speaks about four young men. God gave them knowledge, skill, and wisdom. In fact, Daniel had understanding in all visions and dreams, and he was used by God Almighty. Daniel’s gift of interpretation was used by God in order to fulfil a purpose and to have an impact on the children of Israel. Back then, the Israelites were in exile in Babylon. One of the main purposes of God was to bring them back to the land of Israel.

The Last Days and Dreams

We also find another great example in the Book of Acts 2:17. Here it reads, “And it shall come to pass in the last days, says God, that I will pour out my Spirit on all flesh; your sons and daughters shall prophesy, your young men shall see visions, your old men shall dream dreams”. This reminds us of the Book of Joel where the same prophecy is found (Joel 2:28)—again highlighting that we need to have a firm grasp of the Old Testament in order to understand the New.

Warnings of the Lord concerning Dreams

The Lord warns us about the dangers of dreams and how to be mindful concerning certain individuals who claim to be speaking on behalf of God. In Jeremiah 23:25-28 we read “I have heard what the prophets have said who prophesy lies in My name, saying ‘I have dreamed!’ How long will this be in the heart of the prophets who prophesy lies? Indeed, they are prophets of the deceit of their own heart, who try to make my people forget My Name by their dreams, which everyone tells to his neighbor.

As their fathers forgot My Name for Baal. The prophet who has a dream let him tell a dream; and he who has My Word let him speak My Word faithfully”. In the Bible, we see that there were numerous false prophets, true prophets were rare and uncommon. In this day and age, we see this is resurfacing in many movements within “The Christian Movement,” where many claim to be receiving dreams and visions.

Many Bible passages warn us against deception. Ecclesiastes 5:7 warns, “In the multitude of dreams and many words there is also vanity. But fear God”. 2 Peter 2:3 cautions, “In their greed, they will exploit you with false words”. The problem is that many greedy false teachers are luring people in. They are exploiting naive Christians with false words in order to get money out of them. We need to understand that when the Spirit of God moves in a person’s life, it is not for self-exaltation, but rather for teaching us to be humble. God wants to use us as an instrument for blessing others. 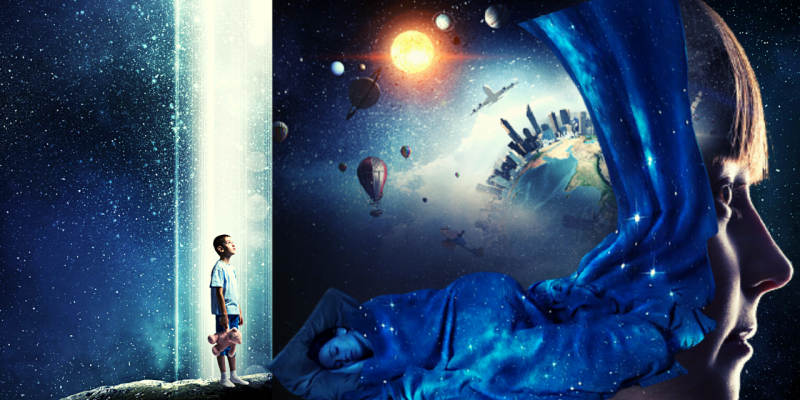