JESUS IN THE OLD TESTAMENT

Is Jesus found in the Old Testament?

The first scripture we will be looking at today is Psalm two, verse seven. In verse seven we read, “I will declare the decree: The Lord has said to Me, You are My Son, Today I have begotten You”. Firstly, that last part “today I have begotten you”, does not relate to His beginning. It is rather related to a manifestation or presentation. This way, we know that He was conceived before he was born. It also tells us, that He is the eternal Son of God. There was never a time He did not exist. So this scripture is simply saying, that He entered into the world. When it says you are my Son, the Father gave Him a task as an assignment. There is a purpose for His revealing and His manifestation to the world.

More quotes about Jesus in the Old Testament

In Isaiah seven, verse fourteen we read “Therefore the Lord himself shall give you a sign; Behold, a virgin shall conceive, and bear a son, and shall call his name Immanuel.” It says the Lord Himself will give you a sign.  The word Almah (עַלְמָה) means a young woman who is not married and who is righteous. If there is a woman, who is righteous, and she is not married, she is going to be a virgin because she will conceive miraculously.

We know that this is the means for the incarnation, where God has visited His people. Then we have that very significant name, Immanuel. The name is made up by three Hebrew words. All put together, it means “nu” which is a short form for anathenum. This letter means “we or us” so with us. Then of course “El” which is God. This shows how God came to us and how He is with us. This also relates to “sonship”, which can be related to servanthood. It tells the story of the plan of redemption that God has created.

The next scripture we will be looking at is in Zechariah nine, verse nine. It says “Rejoice greatly, oh daughter of Zion, shout out of Jerusalem. Behold, your King is coming to you. He is just and having salvation lonely and riding on a donkey, a cult the fowl of a donkey.” This is a prophetic scripture of the entry of Messiah into Jerusalem.

In Judaism, there are two types of Messiah; there is that suffering servant that comes humbly. And then there is one who comes miraculously in the clouds. There is an important scripture that I use frequently in the synagogue. It is about a king, Ben David, the son of David. This means Messiah that comes in the clouds. But here the term king is used for Him coming lowly. This is against what Judaism teaches. The king doesn’t come lowly, rather the suffering servant does. This proves that there are not two Messiahs, but rather one Messiah with two distinct roles. He comes at two distinct times. 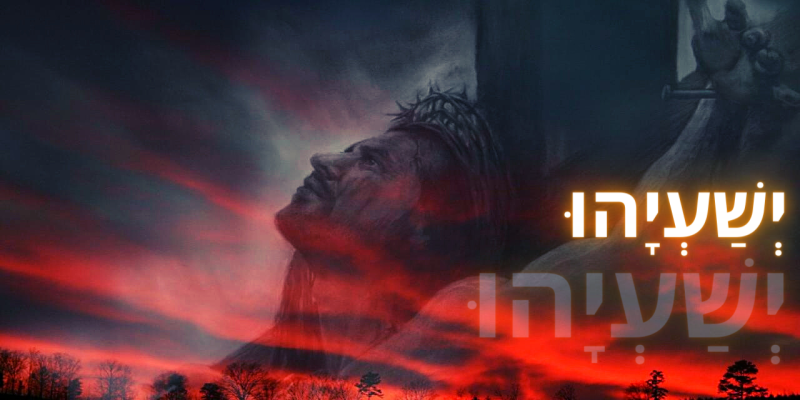 What else does the Old Testament say about Jesus?

Now, we will be looking into Isaiah fifty-three, verse seven. “He was oppressed, and He was afflicted, yet He opened not His mouth. He was led as a lamb to the slaughter and as a sheep before His shearers is silent, so he opened not his mouth.” Messiah did not cry out, nor did he plead or run away. This shows how strong He is. He came to fulfil his father’s purpose with humility, submissiveness, and obedience.

If we read Zechariah twelve, verse ten, it says, “I will pour out on the House of David and the inhabitants of Jerusalem the Spirit of grace and supplication, then they will look on Me whom they pierce. Yes, they will mourn for Him as one mourns for His only Son, and grieve for Him as one grieves for a firstborn.” Firstly, the phrase Bet David, the house of David is so important because it is prophetically concerning the followers of Messiah. Those who are going to come to faith after the rapture. This is a primary prophecy in relationship to Israel, which speaks about one-third who will to come to faith. Notice how grace is mentioned here, the Spirit of grace as well as the term supplication comes from the word “grace”, meaning that biblically supplicating is seeking God’s grace.

The Old Testament about His Death and the Resurrection

Another significant passage is Psalm twenty-two, verse eighteen where it says, “they divide my garments among them and for my clothing they cast lots”. His garment was not a normal one. It was one that was made very uniquely. It was sown together, meaning that it was skillfully made. What a shame for someone to cut it up. So again, only when you read the scripture carefully and find out about His garment, then you understand why they would want to cast lots for it. Simply because it was of great workmanship.

Now, in Psalm sixteen verse ten, it says “for you will not leave my soul in Sheol, nor will you allow your Holy One to see corruption”. Here it is speaking about the resurrection. The fact that He was not in “Sheol” in the sense of decay. This speaks about Messiah having the power to lay down His life, but also to take it up.

Finally, receiving the gospel and having Messiah as your Lord and Savior is the only way to obtain Salvation.  We need to grow in our commitment and in our understanding of the Word of God, as this is essential to be led in the right direction before our Messiah Yeshua comes back again.