When will the Great Tribulation begin?

The recent sensitive worldwide events have clearly sparkled the attention concerning eschatology. But, what is eschatology? It is simply the study of the meaning of the last days and the end times. What is going to happen at the end of this world? Well, there is a very well-known prophecy from the Book of Daniel. In chapter nine, there it speaks about seventy weeks and the very last week – the 70th – week is often times referred to as the tribulation period.  Now, biblically speaking, this period does not refer to seven days, but to seven years, therefore Daniel is speaking about the final seven years.

How will the Great Tribulation begin?

Daniel tells us, this period will begin with a covenant, however let’s not define it too specifically. At this time, we also know that there will be a temple for the first half of the 70th week.  However, there is no place in the scripture where this period is referred to as the tribulation. In addition to it, an additional question would be for whom is this so-called tribulation period is? Would it be for Israel or for non-believers?

This leads me to the question concerning our blessed hope or the rapture. Is there are a biblical basis saying the rapture must happen prior to Daniel’s 70th week? The answer is that people often times make assumptions and here again, too many rational assumptions based upon man’s way of thinking rather than what the Word of God truly reveals.

Who will suffer during the Tribulation?

Unless you are loyal to the antichrist and I certainly hope that is not you as it will certainly not be me, you will not be suffering during the tribulation period. The antichrist will function fairly free for the first half of the 70th week. In chapter eleven of the Book of Revelation, we see that he will be not imposing anything during this first three-and-a-half years. However, in the middle of that period he will cause the abomination of desolation.

In second Thessalonians chapter two, we see further evidence that the abomination of desolation will take place when the antichrist goes into the Holy of Hollies as he proclaims himself to be God exalting himself and magnifying himself above all that is holy all that is of God. Shortly thereafter, the period called Jacob’s trouble will begin. It is the word Sarah which is the Hebrew word for Ellipsis in Greek, which means trouble or tribulation. Only after the abomination of desolation has taken place things are going to become very difficult and there will be a tribulation period for Israel simply because Israel will have rejected the antichrist. 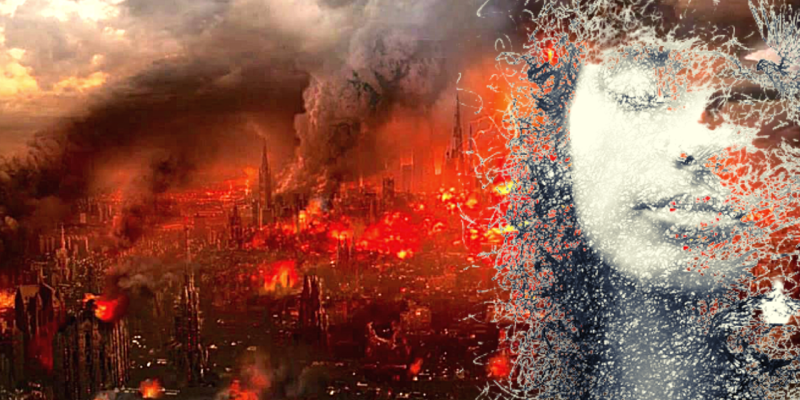 In first Thessalonians Chapter five and verse nine, there is a passage which says “it is not appointed for believers to be here during the wrath of God”. The Bible clearly states that we have not been appointed for wrath, but we have been appointed for salvation. Therefore, there is no biblical basis for speaking of the rapture as pre-tribulational, mid-tribulational or post-translational. I believe the rapture will happen prior to God’s wrath coming upon this world.

What does the Book of Revelation teach about the Tribulation?

Now, if you look at Acts chapter fourteen and verse twenty-two, it says “much tribulation is necessary for us to enter into the Kingdom of God”. Recently, there has been an increase of persecution for believers, and it will probably get worse. Suffering for righteousness it is bearing testimony, therefore we will have tribulation, but we will not experience God’s wrath.

He says, “I am your partner, your brother in tribulation, so get ready to suffer”. We need to understand that we will be going through much tribulation which, as the scripture says, it is necessary to enter into the Kingdom of God. Messiah suffered for his faith and He said they hated me, and they will hate you. Just as they persecuted me, they will to persecute you”