Are Satan and Revelation related?

Are Satan and the Book of Revelation related?

There is a term in the Book of Revelation that has caused much confusion. This has also been a basis to try to justify anti-Semitism by so-called believers.  This term appears twice. Once in Revelation two, verse nine. The second time in Revelation three, verse nine. In this section, the seven congregations in Asia minor appear.

However, the words Synagogue of Satan is also there. Let me point out a few things. This was the time, when John was writing the Book of Revelation. There was no active persecution against Jewish believers by other Jewish individuals. There was rather an intense persecution from Rome. This gentile empire was very much opposed to those who professed faith in Israel’s Messiah. The prophet John wrote about it on an island called Patmos, precisely because he had been exiled there by the Roman Empire.

The Synagogue of Satan

The term synagogue is currently regarded as a Jewish house of worship. However, this is not right. We need to realize that the word synagogue is a Greek term which simply means to come together. Traditionally, a synagogue is simply a place where people used to gather, like a community center or a town hall.

There were synagogues from the Greek Empire all over Europe and the Middle East, but it was only in Israel – primarily on Mondays and Thursdays – that the synagogue was used as a community center for a variety of different purposes. The market was going on during these two days. At that time, there was an interruption so that those of a religious faith, “Judaism”, would gather there and read the Torah. Not everyone was able to attend to a place where they read the Torah. So when we hear the word synagogue, we immediately think something which is related to the Jewish community.

This shows a poor understanding of history, because again, the word synagogue was simply a community center which was not just used in Israel, but all over the Greek Empire. The term synagogue, however, was adopted by the Roman Empire, because the Greek language had a strong hold on much of the ancient world by the influence of Alexander the Great. Therefore, when you hear the words “Synagogue of Satan” you should rather think of a type of administrative building. In fact, the Romans who used such facilities in order to administer this area, were the same ones who at the time of John and late first century, used to persecute Christians. 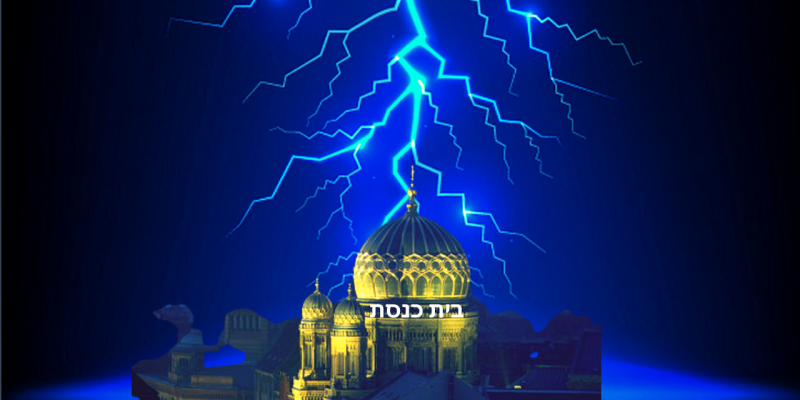 How should we understand Revelation 2 and 3?

The Jewish Community had their own problems because of roman persecution. This persecution was not only active on Jewish believers and any other believers, but on the Jewish people in general. By this time, the Romans had already destroyed Jerusalem and also the temple approximately twenty years earlier.

Now, we need to examine the term Jew. In both Revelation two verse nine and Revelation three, verse nine, it reads, “they proclaim to be Jewish, but they are not”. This says something about how many people wrongly interpret these passages. Unfortunately, a replacement took place because the Romans started to believe that they were God’s people, therefore they actively persecuted the Jews. Even many of the reformers thought it is wrong to think of the term Jew as the people of God.

What does the Book of Genesis say?

If you look at it in the Book of Genesis, when the child who had the name Yehudah was born, we learn something. Yehudah means giving thanks, he is one of throwing praise and adoration to God. These individuals who used to meet in the administrative building were simply part of the local leadership.

In these places they were persecuting believers, and it was because of it, that believers felt their persecution was actively coming from governmental offices, not individuals. Thus, they would call these offices “Synagogues of Satan” which were not regarded as houses of worship by the persecuted. The persecutors believed that by arresting believers, they were doing service for God but they were actually wrong.

To conclude, Revelation two, verse nine and Revelation three, verse nine are not referring to Jewish people, but to those who thought they were serving God, by persecuting the Jews – those who thought they were giving honor to God. In reality, they were  servants of Satan accomplishing his will while using those roman buildings.  We ought to do more research in order to get a grasp of history – we need to be good bible students of the word and history.